Imagine if a Disney musical came to life and interacted with the audiences in what Fame Magazine calls “a dream-pop immersive experience between VR and live theater… a flawless blend of Broadway, games, pop, and comedy bliss.” The Rich Mix London hosted Brendan Bradley’s NON-PLAYER CHARACTER, a live, virtual reality stage show about a non-player character in a video game who witnesses the death of the Hero and turns to the audience to navigate the five stages of grief.

Four audience members joined Bradley wearing virtual reality headsets on-stage while the virtual world and characters were projected on the big screen for the seated spectators to watch, like an animated film come to life. A QR code allowed audiences to access a program on their mobile phones that transformed during the show into an interactive menu to vote and spawn virtual props to help the narrative. An archive of the experience is available for subscriber’s to Bradley’s blog called “Scrappy Storyteller” on substack and NON-PLAYER CHARACTER is planning a 2023 tour to other venues around the world.

Plastic Magazine explains , “Blending ingredients of pop music, video games, broadway and comedy into his new pioneering spectacle, Brendan Bradley has brought to life a show that would have seemed impossible to create only a couple of years ago,” with Dancing About Architecture adding, “it isn’t often that something comes along that is so revolutionary that it blurs the lines between mediums. But that is the charge that Brendan Bradley is leading… buoyant and full of life, sitting somewhere between a Disney production, a choose-your-own-adventure experience and an IT helpline, both tongue-in-cheek and informative, and peppered with plenty of knowing winks and in-jokes for the gamers in the audience.”

In a solo, hybrid performance called “punchy and powerful” by TJPL News and “full of attitude and innovation” according to Indie o’clock, “Bradley plays various characters inside a fictional video game, pioneering a new kind musical style that could be the future of entertainment,” reports Daily Music Roll, “incorporating danceable beats and catchy electro-pop soundscapes…with an auto-tuned tremolo offering the virtual soul of Bradley’s characters in the vein of Owl City, Bo Burnham, and Wall-E. Rising Artists Blog raves, “anyone who still finds joy in a joystick will appreciate this Tenacious D meets ‘Yo Gabba Gabba’ moment.”

KIMU elaborates “Fans of Disney and other Musicals will definitely connect with ‘Reprogram Me,’ although it is clear that Brendan Bradley is creating a universe of his own. Brendan Bradley sees a future where this experience could energize art-house audiences in theatre type settings, similar to cult classics like The Rocky Horror Picture Show or Frozen Sing-Along, combining live performers, cinema, audience participation and sing-alongs.”

“Brendan Bradley’s virtual reality musical Non-Player Character debuts on Top Soundtrack Chart with first single ‘Reprogram Me’ arriving at No. 25 on iTunes,” reports Muzique Magazine with Info Music inviting readers to “Immerse yourself in a virtual world with Brendan Bradley” in what Roadie Music Magazine called, “A delightful and fascinating piece of live musical theater in web-based virtual reality that anyone can watch in their browser, even without a VR headset.”

“In the story, Bradley fully improvises with four audience participants in virtual reality headsets and the seated spectator audience watching on the big screen with only the safety net of his songs to regain control of the show to elegantly transition the audience between acts of this co-created catharsis,” from Urbanista, “Bradley sings while literally gathering the audience in the palm of his hand and lifting us into the game world using mechanics that could only happen in virtual reality…I can honestly say a performer has never scooped me up and sung to me before and it’s easy to see why Non-Player Character won Best Interactive Virtual Reality Experience at Queensland XR Festival earlier this year.”

Find the NON-PLAYER CHARACTER music and tickets online at https://brendanAbradley.com/npc 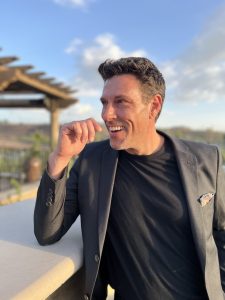 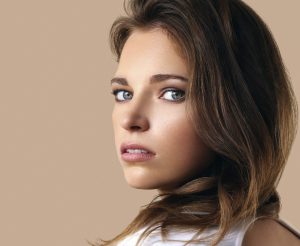 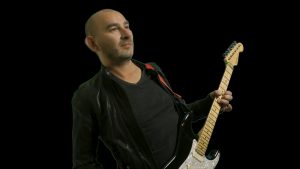